In 1913 Luigi Russolo, composer and part of the Italian futirist movement, published his manifesto “The Art of Noise”. It became a significant theoretical landmark in modern music, inspiring generations of progressive composers, musicians and artist in general. It is still today interesting and strong conceptual work. Russolo theorized a new approach to music composing, embracing noise and other sounds alien to classic composers. Traditional composing theory and practice was outliving itself creatively and was full of limitations. Instruments, orchestras, chords and music theory in general only provided a limited creative spectrum, leaving less and less room for progression, surprise and innovation. Therefore Russolo meant that modern composers should embrace noise. Noise was born with the invention of the machine in the 19th century after thousand of years of silence and now was the time to conquer that noise and use it as a tool of creating musical progression, challenging the human ear and leaving the musical world of “clean” sounds. This new world of noise contained an potentially unlimited number of new sounds, music, rhythmical structures, vibration and tonality. Russolo developed a noise classification system, dividing the different types of noise into 6 families. He created so called noise machines that was able to reproduce some of the different types of noise and play his compositions mechanically. Russolo wasn’t a very talented composer and his musical work wasn’t particularly interesting or influential, but it theorized and anticipated huge steps in modern music.
/Jonas

Think of pink (a case for magenta)

Colour associations are sometimes difficult to predict. Different age groups in different cultures at different times will experience colours in different ways. But many clients seem to agree upon one definite rule: Pink is for girls!

When flowers open and berries ripe, they turn red, orange, purple, yellow and pink to indicate that they are ready for pollination or consumption – a very efficient signal. Man made visual communication has a similar agenda. Go to a newsagent and notice the sea of warm coloured magazine heads yelling »pick me, pick me!« – one trying to be louder than the other.

As graphic designers we sometimes find that pink, or »magenta« as we tend to call it, would be just the right »young«, warm color to use for a certain job – red is so over used, yellow might not be dark enough, orange might be a little too »dot-com«, purple might be too cold etc. And yet – we often stop ourselves, or a project manager does so – or in the end a client. The argument being that magenta is too feminine.

A succesful use of magenta was demonstrated by MetaDesign in their campaign for Neue Nationalgalerie in Berlin in 2004. The Museum of Modern Art in New York was closed down for three months and a large part of the exhibition shipped to Berlin for a visit. The first billboards were mysterious to many people. They said nothing but »MoMa kommt« and »MoMa ist der Star« in gold and black on a bright pink background. For a couple of weeks the billboards were the talk of town, turning curiosity into a regular hype when the exhibition opened. People left their houses at 6 o’clock in the morning to avoid the 4-hour queue – and they were not all pink-loving girls… 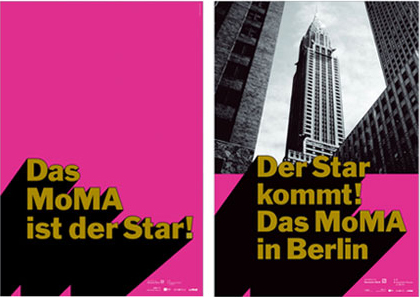 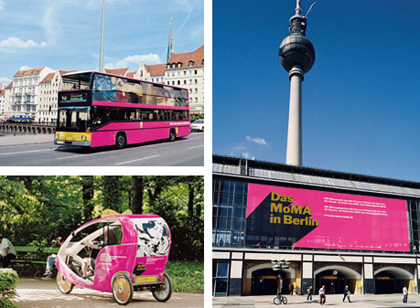 The British bank northern rock has recently introduced itself on the Danish market, with a more advantageous savings account and a series of pink billboards and adverts. Most banks would avoid the colour pink by any means. But does northern rock look girly to us? Or mayby just »refreshing«, »new«, »different« and »young« – which is apparently what they are after.

The telephone companies Telia and Deutsche Telekom both use magenta in their visual identity. As a consequence the Telekom cycling team has to wear an awful lot of pink. Occasionally one of them is lucky enough to be put in a bright yellow shirt and kissed simultaneously by two blond bimbos, thereby restoring any lost masculinity fast. But do they indeed look girly or gay in the first place, going up those mountains in sweaty pink shirts? 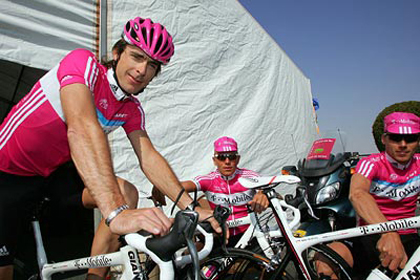 The gay magazine Butt is printed on pink paper, but then again – so is Financial Times.

Some may argue that the colour pink is more relevant to the world of culture as in the MoMa campaign or in these booklets for a German theatre (by heute morgen büro für gestaltung): 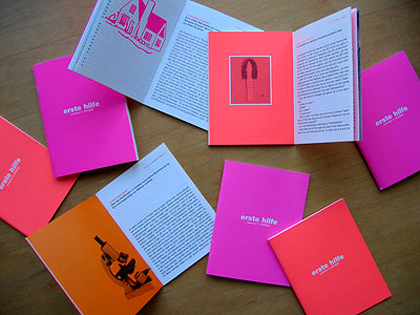 But this pink guide book for Naples is more about practicalities like transportation, hotels and meals. And it has obviously found its way into male hands: 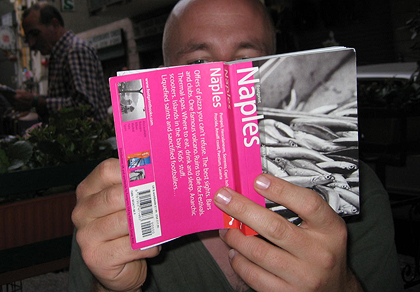 Could it be that there is a certain difference between what we think of the color pink when asked to judge it, and how we experience it? And is this indeed a general rule about visual communication? Someone should look into this!

The Moscow metro stations are famous for their ornate design. These bus shelters to match are less known – but equally charming. 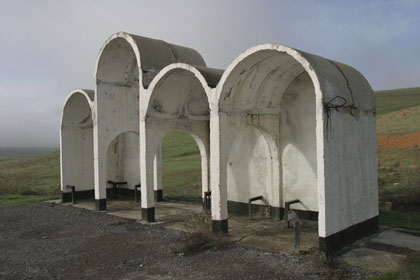 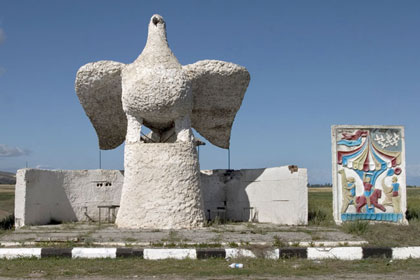 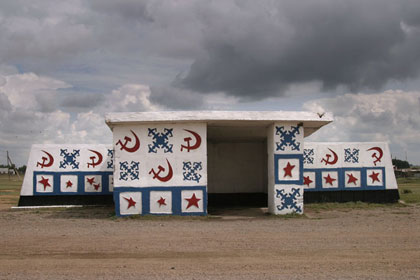 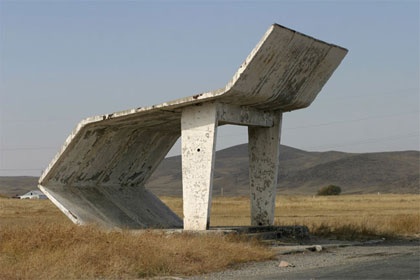 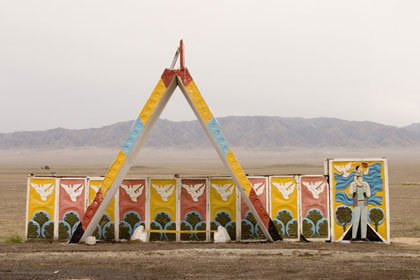 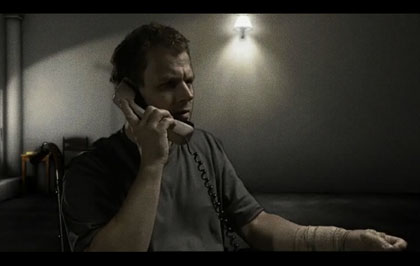 The newest mystery game from BBC: CDX (by Preloaded)

as always the BBC and preloaded have delivered a crime story that just sucks you in. At first I thought what is this? probably something not that special! But oh I was wrong, quite wrong indeed, and the hour I spent immersed in the game, without any intention to do so, is testiment that this new game is pretty damn cool.

All from the graphics, which by the way are almost all videos, to the real cinematic feel of the of the story and the character. The only thing I can say is go try it for yourself and you be the judge of the quality of this work. 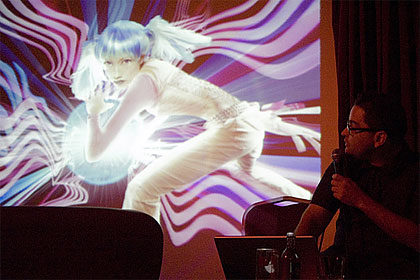 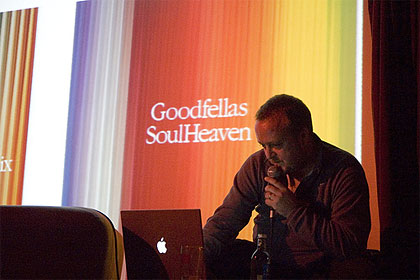 Hey everybody in Copenhagen (and vicinity),

this might be short notice but tonight there’s going to be an event at Republikken on Vesterbrogade, if you want see and hear some nice work come and take part.
Sweet Talk is happening in Dublin, New York & Copenhagen.
Just to get an idea here are some pictures for you to view

WHAT IS SWEETTALK?_
SweetTalk started over a year, and 17 editions, ago to encourage stimulating conversations about Design, Illustration, Motion Graphics, Fine Art, Animation, Photography and all those excellent disciplines in between that make up the fantastic creative world around us.

Hope to see you there
– Shaft 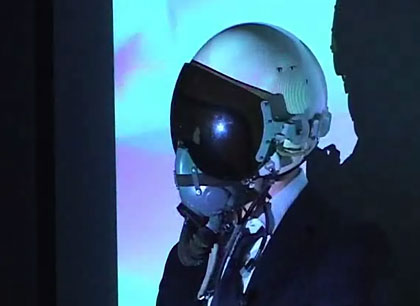 I just couldn’t help but put this one out there, not just because it has a Japanese video intro but also because the works are pretty damn good. If you dont believe me go look at it for yourself and be impressed! i know some of you certainly have seen some of the work in the portfolio. 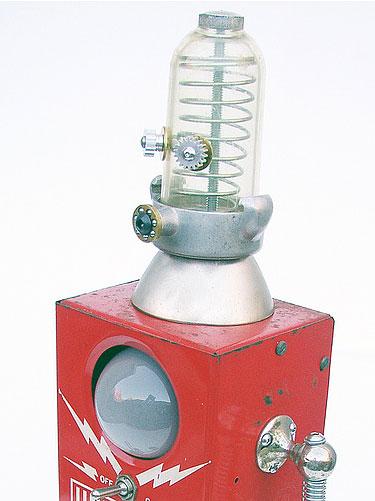 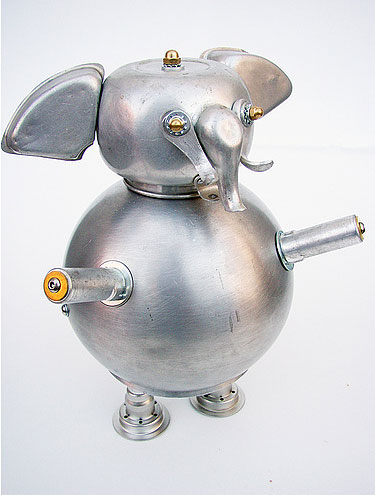 The Art of Type is a panel discussion about typography from Extensis, go and listen now! 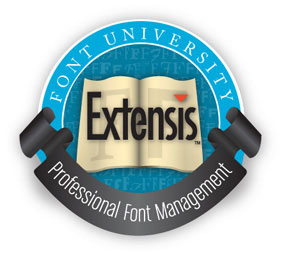 “This year at the Macworld Conference and Expo, we hosted a number of expert font panel discussions at our booth on the show floor. The discussions turned out quite well, and for those of you who were unable to make it to the show, we’re happy to report that we recorded everything!”

Chris Bolton is a Finnish designer, not only does he make interesting work, but so is his site: It is built on xml and xsl styleshees, making it quite fast to update and in a logical way too.

Letter by Circle is founded by Dante H Carlos, and you will like it.
Outlandish is photography creation house for young Belgian talent, not to be mistaken by the Danish music group.
Hey that’s my pencil there

Last but certainly not least check out Tony vs Paul, they really are rivals huh?!

This is going to be super interesting for anybody who enjoys quality films, from up-an-coming directors. The Sundance Film Festival is showing their entries online!

Here is what they are saying: “Invited from the same short film program as its namesake event, this exclusive collection of premiere work in short filmmaking premieres first in Park City, Utah — and then rolls-out streaming to you. Free from anywhere in the world.”

And here are the others 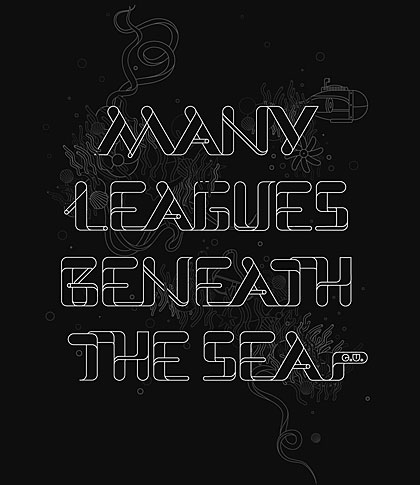 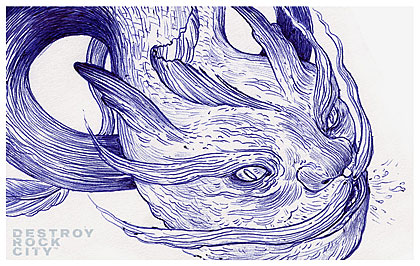 And one of my personal favorite artists Lee Misenheimer from Brooklyn, NYC 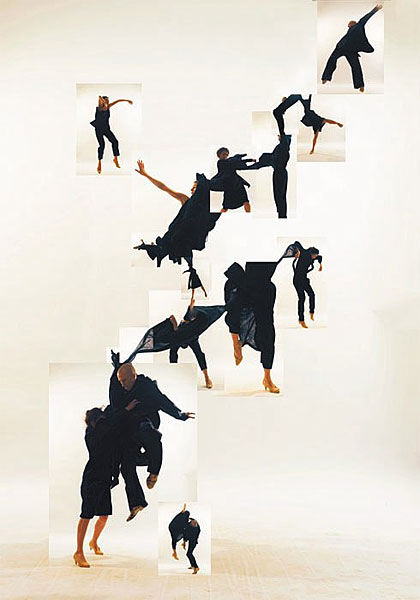 Janus Friis’ newest project which was codenamed “Venice” launched yesterday under the name of Joost, pronounced juiced. Let us see if the people, who brought online telephony to the public, can do the same for online television. We can only wait and see what will happen.